I’ve been a huge fan of Selk’Bag’s wearable sleeping bag since seeing Sam Rockwell sporting one in Duncan Jones’ MOON, and with the recent introduction of MARVEL branded versions it felt like the right time to make the APOLLO bag a reality. As an unashamed space geek the Apollo era holds a very special place in my heart and, other than the iconic vehicles, the suits worn by those intrepid explorers epitomize that era. 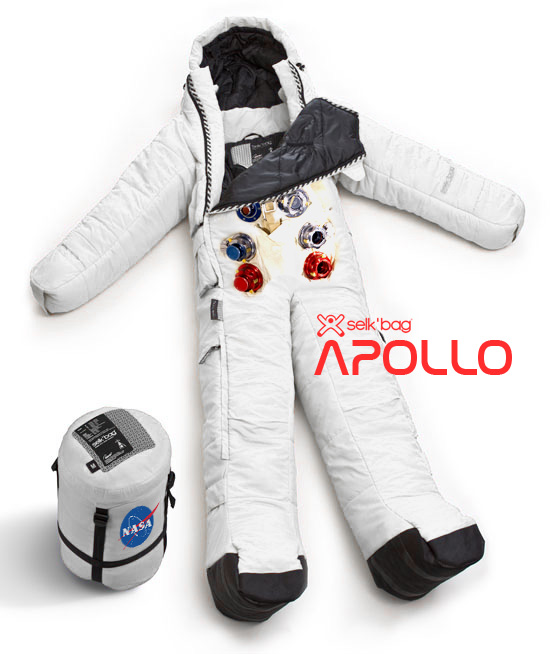 In our brave new crowdfunded times companies have never had a better chance at getting new and exciting products to market without the risk of financial ruin, but there is still a need for those who make the decisions to be gently persuaded that there is a demand. So I ask anyone who is reading this and thinks that they too would be over the moon to lounge around their personal space in an APOLLO Selk’Bag to let the company know. Phone them. Email them. Or Tweet them.